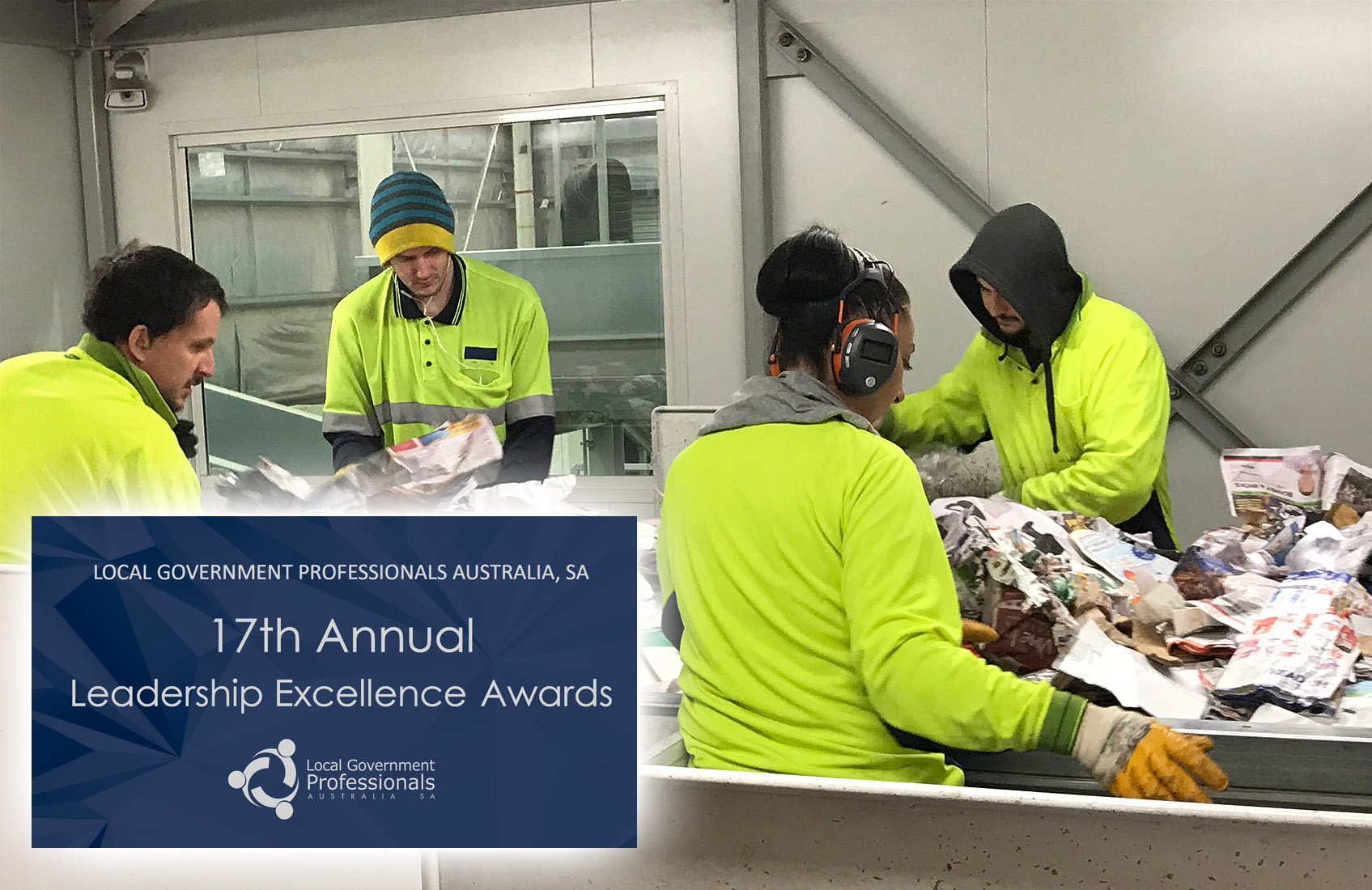 The Northern Adelaide Waste Management Authority has won this year’s Excellence in Environmental Leadership and Sustainability award for its 2017-built Materials Recovery Facility (MRF) at Edinburgh.

The Local Government Professionals Australia, SA Leadership Excellence Awards program recognised the importance of the state-of-the-art facility, which recovers recyclable items for processing into new materials. The MRF has provided jobs for 19 full-time employees and captured almost 15,000 tonnes of material for reuse in the first eleven months of operation.

Investment in the facility highlights NAWMA’s commitment to the idea of a circular economy where increasingly, waste items are seen as resources to be reused.

NAWMA would like to thank members of the community for their ongoing recycling efforts and invites residents of its three constituent councils to a free tour of its facilities. See details here.

Select your Council below to visit their Facebook page